China-US Trade War and its Effects on US Distributors

You’ve likely heard by now about the looming trade war between the US and China. But what exactly is a trade war? How did it come about, and how will it affect American manufacturers and distributors? Read on for a look as to how industries will be affected and what measures you can take to protect your business.

What is a trade war?

So why did this trade war start?

There are a few reasons. The US’s enormous trade deficit with China, where the US imported $375 bn worth of goods from China than it exported, has resulted in a cutback of US manufacturing. Labor costs are cheaper in China than in the US and result in many US companies sourcing goods from China. President Donald Trump’s campaign promise to bring jobs back to the US is dependent upon US companies being able to compete with international prices.

China also allegedly stolen intellectual property from US companies, including counterfeiting brands, stealing trade secrets, and pressuring US companies to share tech with China in order to do business in China. This stealing of secrets and ideas has cost the US an estimated $225 bn – $600 bn annually. While the Chinese President Xi Jinping has expressed concern about IP theft and has endorsed stricter regulation and punishment around the theft, President Trump took decisive action with tariffs.

Finally, China has long enjoyed advantageous tariffs in trade with the US. Of the $505.6 bn goods that the US imported from China in 2017, less than half this amount was subject to some level of taxation – resulting in $13.5 bn. While this deal isn’t as sweet as the trade deals the US has worked out with other countries like Canada and Mexico, it still results in a great opportunity for cheap goods sourced from China.

Beginning in January, the US imposed tariffs on washing machines and solar panels. Then in March, the US imposed tariffs on steel and aluminum. While the tariffs were initially for all countries importing these items, they were obviously aimed at impacting China as China is the world’s largest steel maker. The US then granted exemptions to EU countries, South Korea – basically every country except China – on the steel and aluminum tariffs; this made it clear that the US was targeting China.

Then China pushed back, with tariffs on 128 American products (including wine, pork, and pipes) in retaliation. Beginning in April, the US has threatened tariffs on $50 bn worth of Chinese products (mainly electronics); China has countered with the same threat (targeting soybeans, cars, and chemicals). The US has since upped that threat to target $100 bn worth of goods – and China has retaliated with a 179% tariff on sorghum (a heavily exported grain from the US).

The US has been hinting at a trip to China to negotiate trade deals, which China has said they’d be receptive to. And while both countries have been insistent that we are not yet in a trade war, the trade dispute thus far has all the hallmarks of the beginning of one.

Who has more to lose?

While China has more to lose economically in the long run (remember, China exported $506 bn worth of goods to the US in 2017, compared to the $130 bn exported by the US to China), China also has larger cash reserves to fall back on than the US does over the coming months. There are also political implications to consider; President Trump is lacking support for a prolonged trade dispute and, with mid-term elections looming, could potentially lose the Republican majority. In China, President Xi Jinping has just had term limits removed, allowing him to remain president for life with no threat to his policies. To remain in power, the US president will need to carefully consider his position and proposals.

What industries are affected?

US manufacturing, especially those companies that import steel and aluminum from China, need to especially beware as well as US farmers that export to China. However, while these two industries are already affected (with tariffs already in place), no industry is truly safe from changes. Technology and industrial products from China are being threatened with a proposed $46 bn tariff; China is threatening tariffs on $50 bn worth of transport and more agricultural products.

So what can I do?

For small- and mid-sized distributors that source from China, the coming months are going to be rocky. With so many insecurities around the future, companies are already cutting back on trade and even cutting back on employees as they are unable to retain workers with new tariffs in place forcing reduced trade.

Making sure that your procurement network is spread around a variety of countries – including within the US – is one way to ensure survival amid the trade dispute. However, if no agreement is reached in the near future between the US and China, the US may find themselves facing trade troubles with the rest of the world.

Local representatives are another way to help American companies stay profitable and relevant; make sure that your views are known to your local government officials is a way to give the voice of the American people to those at the higher levels.

Short term, solutions to remain profitable include reducing employee numbers and/or raising prices of affected goods. These unfortunate measures ought to be a last resort, but for small- and mid-sized businesses, they remain viable options as most SMBs don’t have the capital to wait out a trade war and remain competitive. But with these actions, SMBs risk losing customers as prices go up and customer service levels likely go down.

While tariffs on imports from China would help revitalize American manufacturing eventually, a trade war would be detrimental to those efforts and lead the economies of both countries into a slump with far-reaching effects. Hopefully the US and China can reach an agreement that keeps industries from both countries intact while giving new opportunities to other industries. In the meantime, it’s more important than ever for SMBs to stay vigilant about their supply chains. Here’s a white paper for you to assess how your supply chain is performing: 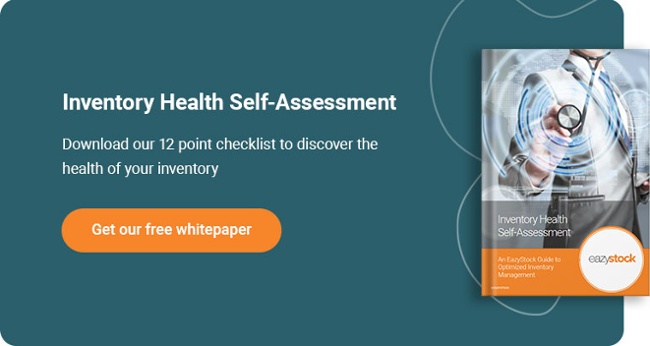